KOLUMBUS is closely linked to Christoph Kolumbus’s feats across the Atlantic. In fact, the presentation took place on the 12th of October of 2014, the day that marked 522 years since the Admiral discovered America.

Kolumbus’s adventurous and fearless spirit lives on us; this is why we decided to make our passion our profession. His triumphs have traveled through centuries to create a flavorsome and unique cigar; a legacy which today continues with KOLUMBUS.

“On the 28th of October of 1492, sixteen days after the discovery of the Indies, Christoph Kolumbus landed in the Cuban bay of Bariay. His biggest surprise was to find indigenous people smoking dried leaves which formed a blue and aromatic smoke. He later discovered that these cigars where used to cure skin illness, alleviate suffering and to celebrate its ritual ceremonies. 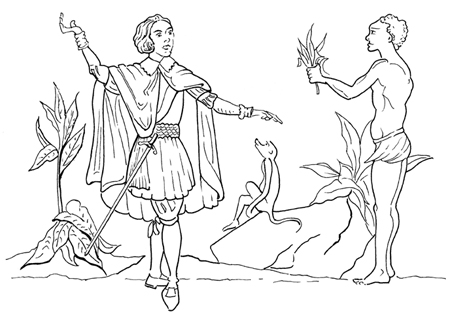 On his return to Spain, the Admiral of the Ocean Sea was carrying a cargo of leaves and bunches that he received as a gift. Kolumbus loved cigars, but had to deal with this offering with utmost secrecy due to the consequences of breaking the Inquisition’s laws, which stated that only the Devil could give a man the power to exhale smoke from his mouth.

In successive trips to the New World, he would always cruise through the Canary Islands, scattering tobacco seeds on the island of La Palma. Thanks to the strong winds and the similarity with Cuba’s climate, the seeds sprout on the island’s green hillsides, giving rise to a new era of cigars from La Palma begun and has successfully carried on until today.”

The link between the Canary Islands and Cuba

The commercial exchange between the Old and New World carried on after Kolumbus’ glorious discovery. Thanks to its strategic position in the Atlantic, the Canary Islands were a necessary stopover for ships travelling to the West Indies. This coming and going transformed the Canaries in avid travellers who saw in Cuba the ideal destination. At the dawn of the nineteenth century, the Caribbean island was the most relevant tobacco producer in the world, employing part of the 120,000 Canaries who decided to swap islands in search for prosperity. To cover the high demand and given the need to hire more labour, the local authorities issued licences to the newly arrived so they could plant tobacco and start producing artisanal cigars. 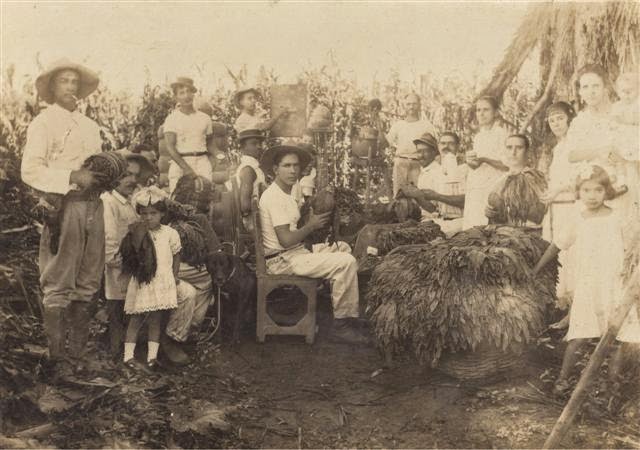 Although existing documents accredit that tobacco was manufactured in the Canary Islands by 1723, this craftsmanship was refined in Cuba. When the island became independent from Spain in 1898, the Canaries return to their land and with them the art of cigars. The climate of La Palma and Tenerife favoured the creation of tobacco fields and the local factories known as chinchales became prosperous, placing the islands in the map of aficionados even when vapour substituted sailing boats and ended the need for a stopover.

The dedication, skill and passion of the Canaries has transformed their cigars in an art and a tradition, a legacy which persist with KOLUMBUS, a unique and exclusive premium cigar completely handmade in La Palma. It is made of carefully selected leaves, long filler of 100% natural palmero tobacco, aged in Spanish cedar cellars and wrapped with the utmost care. Its aroma and flavour, its strength and the way it burns make KOLUMBUS one of the best handmade cigars in the world.