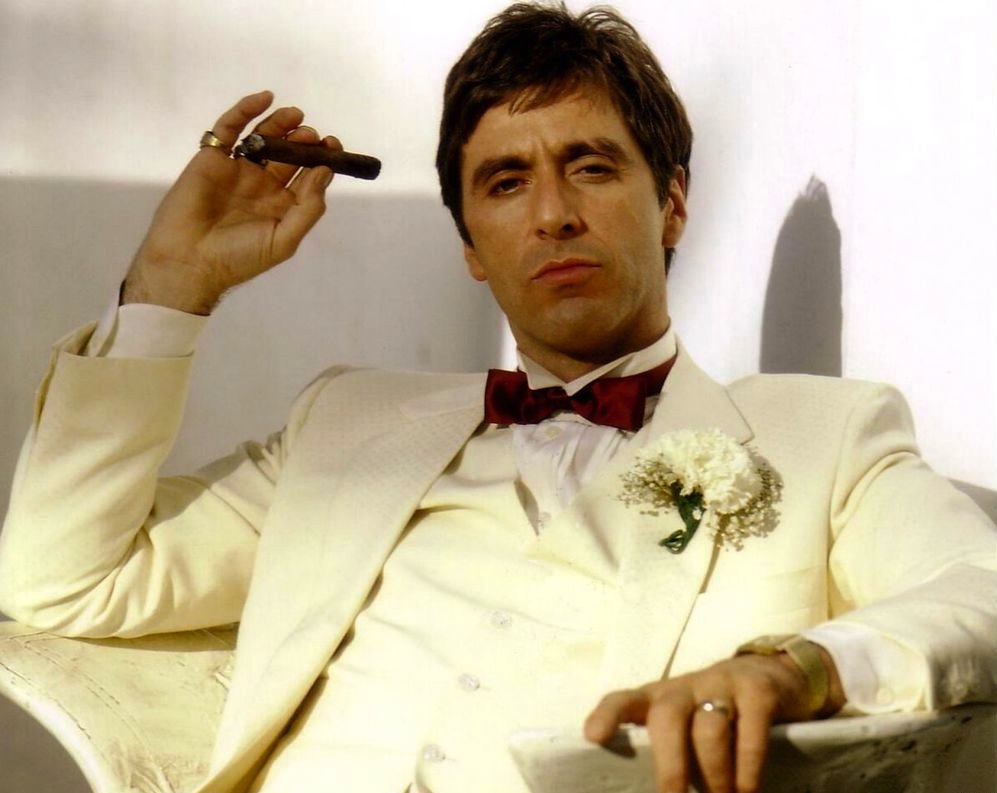 The mysticism around cigars does not know of borders or film genres. Characters with diverse personalities live all kinds of situations on screen and share their pleasures with the audience, showing that the cigar adds nuances and traits of the character’s identity.

Cigars have been featured on screen since the medium was invented. In City Lights (1931) for instance, Charles Chaplin –the undisputable genius of the silent films era–, plays a vagabond who saves a millionaire’s life. He then spends a luxurious evening with him when, before dinning, Charlot smokes its first cigar and of course, the scene ends up in a comical situation.

The moustache, the glasses and… the cigar are the identity traits of the brilliant personality of Groucho Marx, another essential comedian of Hollywood’s golden age. The third of five brothers of this artistic saga holds a cigar between his fingers in most of the films he stars with his brothers Harpo and Chico.

Changing genre and cigar, western films and Clint Eastwood are two indisputable references. In A Fistful of Dollars (1964), a classic by Sergio Leone and filmed in the desert of Tabernas in Almeria, the small cigar which the main characters holds on his lips throughout the film rounds the personality of this charismatic hero of the spaghetti western.

Next on this overview: a gangster film. In Little Caesar (1931), Edward Goldenberg Robinson plays one of Hollywood’s most remembered gangsters for the evil charm portrayed on his character. Both in this film and in Key Largo (1948), co-starred by Humphrey Bogart and Lauren Bacall, Robinson trespasses his passion for cigars from real life to the film set.

Continuing with this genre; the superb acting by Al Pacino in Scarface (1983) would not be complete without the hedonistic side of a character who finds time to enjoy his passions while committing criminal misdeeds. For Goodfellas (1990), Joe Pesci won the Oscar award as best supporting actor for his portrayal of Tommy Devito, a criminal who loves Italian food, whisky and smoking cigars.

Beyond genres, cigars form part of the identity of other characters and actors, like General Jack Ripper in Dr. Strangelove (1964), Gene Hackman in Crimson Tide (1995), where he plays the captain of a nuclear submarine, o the cigar Will Smith and Jeff Goldblum smoke in Independence Day (1996) to celebrate the final victory.