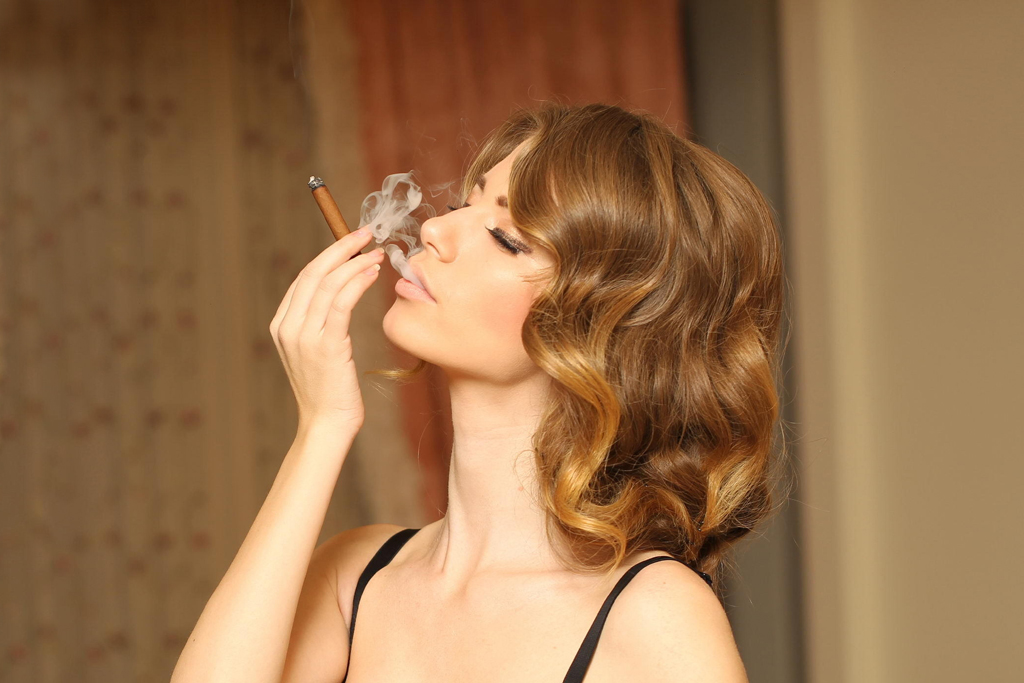 It is time to leave clichés behind. Some stereotypes do not show the diverse profile of cigar consumers. One of these are women, who are not oblivious to life’s most satisfactory pleasure which of course includes the seductive art of cigars.

Women have their own place in cigar history. In the Detroit of the 1920s, Polish women were mainly in charge of its elaboration. According to the city’s archives, they were 3.896 women for 302 men. Workers earned $25-40 a week –a decent salary at the time– which was, in most cases, the only economic support for many families of émigrés.

The arts have also portrayed a relationship which surpasses decades and centuries. The print entitled ‘The Habit of a Malayan and his Wife at Bataria’, from 1732, shows two men carrying pipes and a woman holding a cigar. A second example is ‘Angela, Femme de I’ile de Guham’, from 1839, which depicts a women holding a cigar between her fingers, capturing a habit which was common for both genders.

More recently, actresses like Demi Moore, Salma Hayek and Whoopi Goldberg; singers like Madonna or Rihanna; Queen Victoria o the writer Geoge Sand, just to name a few, form part of a group of talented and influential women which share their passion in public. The cigar even forms part of the identity of women with strong personalities like Sara Montiel or Marlene Dietrich.

The International Women’s Cigar Society published in 2014 a report surveying 500 women –50% American and the remaining 50% European– about their habits. The study revealed some interesting facts: 48% smoke eight or more cigars a month and 87% have their own humidor. Also, there are clubs, female groups, journalists and bloggers who share their passion and knowledge, expressing their point of view with personality regardless of any gender.

KOLUMBUS’s family range has a wide number of followers thanks to its exquisite flavour, balanced aroma and medium-strength. The volcanic soil where the leaves grow filter the water through the porous stones, creating nuances which are appreciated by a group of consumers which increasingly has more voice and visibility amongst cigar aficionados.