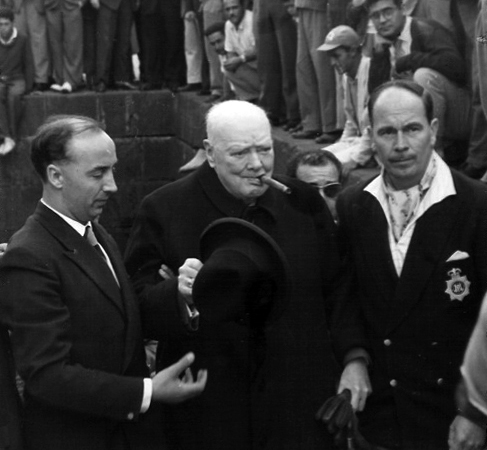 Throughout history, many cigar lovers have been characterized by excelling in different sectors of society, sharing moments of triumph and relaxation with elegance, charm and pleasure of the senses: from Frederick the Great, King of Prussia, to the emperor Napoleon Bonaparte, who celebrated victories in the battlefield with a cigar between his fingers.

The neurologist Sigmund Freud, the writer George Sand, Princess Pauline Metternich or presidents of the United States like Lincoln, Grant, Cleveland, Roosevelt or Kennedy were some of the most prominent figures of their time which had cigars in common. Albert Einstein savored a good puff while working on his theory of relativity. Even big movie actors and directors like Alfred Hitchcock, Groucho Marx, Marlene Dietrich, George Burns and Peter Falk shared this pleasure. The cigar even reached big stages like the Oscars ceremony, accompanying stars in their road to fame.

In fact, nothing delighted more Winston Churchill, British Prime Minister and Epicurean man than the taste of a good cigar. Also know by his great quotes, Churchill is credited with the following phrase: “Smoking cigars is like falling in love. First, you are attracted by its shape; you stay for its flavor, and you must always remember never, never to let the flame go out!”

Carrying on with Churchill, there is an amusing anecdote set in La Palma, where KOLUMBUS cigars come from. In 1959, the British premier traveled to the island accompanied by billionaire Aristotle Onassis to enjoy its beauty. Roque Concepción, local cigar expert and artisan, saw a good opportunity to introduce Churchill to the local produce and gave him a box of cigars which are handmade in La Palma. Months later, Churchill wrote to Concepción thanking him for the gift and praising the qualities of the cigars he described as “excellent”.

The writer Mark Twain left another great phrase for posterity attesting his love for the evolving seduction of a cigar’s smoke: “If smoking is not allowed in heaven, I shall not go.” The author of The Adventures of Huckleberry Finn has a second quote: “Eating and sleeping are the only activities that should be allowed to interrupt a man’s enjoyment of his cigar.”